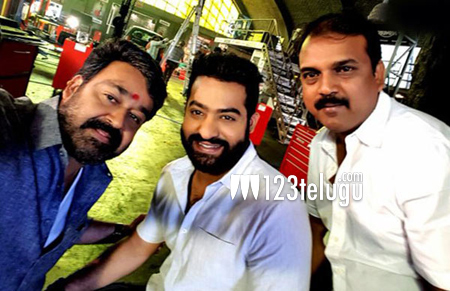 The movie is gearing up for a big release in the month of August and Koratala Shiva is taking care of the direction. Samantha and Nithya Menen will be seen as the heroines in this movie and Devi Sri Prasad is the music director.

NTR’s fans are eagerly awaiting the first poster as expectations around ‘Janatha Garage’ are very high.