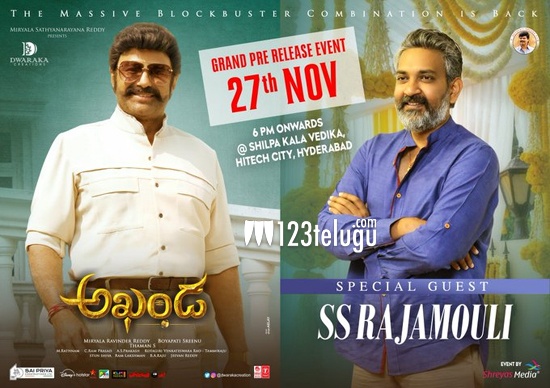 Rajamouli shares a good rapport with Balakrishna, and his presence at the latter’s promotional event will give a big boost to the film ahead of its theatrical release. Akhanda’s pre-release event will be held tomorrow at Shilpakala Vedika.