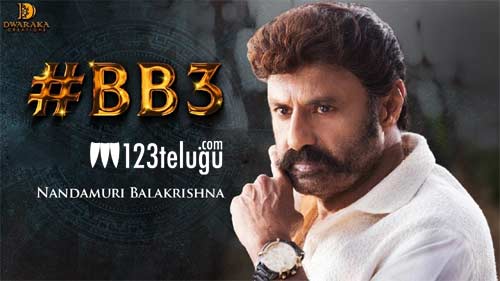 Fans of hero Balakrishna are in for a double treat this Ugadi, if the ongoing buzz is anything to go by. Apparently, the title of BB3 and Balayya’s Aghora look in this action drama will be unveiled on the Telugu New Year. Am official announcement confirming the news is awaited.

BB3 is tentatively titled Godfather. This Boyapati Srinu directorial has Pragya Jaiswal as the female lead and popular Mollywood actress Poorna will be seen as a doctor. Thaman is composing the music for this Miriyala Ravinder Reddy’s production. The film is scheduled to hit screens on May 28.