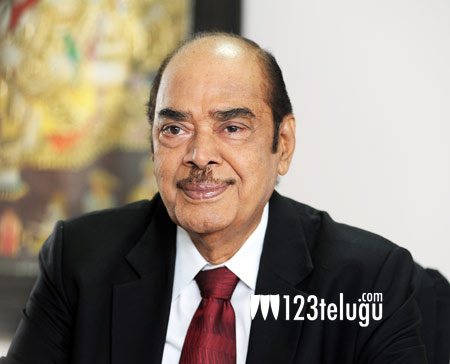 Notable producer of Indian cinema Dr.D.Ramanaidu has passed away on 18th of February leaving an unfilled void in the film industry. The entire industry has grieved his loss and offered condolences for the great personality. Ramanaidu was conferred with the third highest civilian award, the Padma Bhushan, in recognition for his contribution to Telugu cinema. In 2009, Ramanaidu received the Dadasaheb Phalke Award, India’s highest award for contribution towards cinema.

As per the latest update, a remembrance meet will be held by Telugu film industry on 22nd of this month. Many big names from the industry are expected to attend this event which will be held at Park Hyatt.