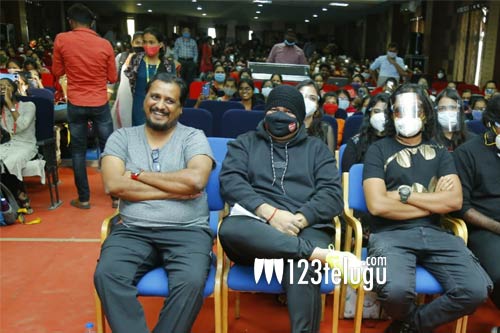 Star hero Pawan Kalyan’s most eagerly awaited comeback film, Vakeel Saab, is gearing up for its release on April 9. As part of the promotions, the film’s team has organised a musical program at a private college in Hyderabad.

Speaking at the event, Vakeel Saab’s music composer Thaman revealed that he has been a huge fan of Pawan Kalyan and that he dreamt of composing music for his favourite hero’s film since Khushi, Gudumba Shankar and Balu days. Thaman went on to reveal that he had assisted veteran composer Mani Sharma on the 2 above projects.
0