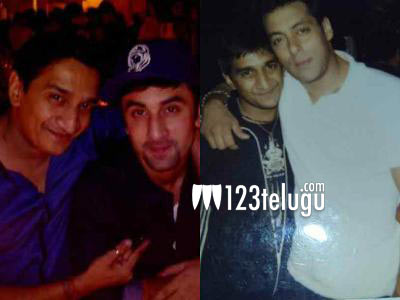 Even before the Indian film fraternity could forget the sensational drug scandal that was unearthed in Tollywood a few months ago, the latest arrest of a notorious drug peddler has sent shockwaves across Bollywood. The Mumbai Crime Branch police nabbed a drug peddler named Bakul Chandaria in Khar, Mumbai for allegedly possessing narcotic substances like LSD and Cocaine worth Rs 14.56 lakhs.

During the interrogation, Bakul spilled the names of several A-list Bollywood stars as his clientele. Bakul, a video parlor owner, said that he has “close connections” with stars like Salman Khan, Ranbir Kapoor, Aditya Roy Kapur and Abhay Deol etc.

Cops have also recovered photographs of Bakul posing with the above mentioned stars. A magistrate court has sent Bakul to police custody till December 16. In 2012, Bakul was arrested for allegedly supplying drugs to a party where several cricketers had participated at a star hotel in Juhu, Mumbai.