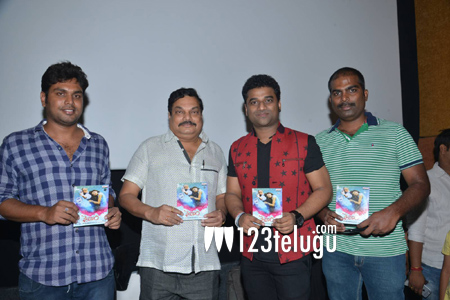 Musical hit machine Devi Sri Prasad has appreciated the songs of B Jaya’s upcoming romantic entertainer, Vaisakham. DSP watched the songs during the promo video launch of his DSPAuNz tour this morning.

DSP was particularly impressed with the songs shot in Kazakhstan and also appreciated the film’s hero Harish’s ease in dance. The Rock Star music composer wished the film’s makers and hoped that the movie will become a huge blockbuster.

Avantika is the film’s leading lady and BA Raju has produced the film on RJ Cinemas banner. The film’s post-production work is underway at the moment and the makers are planning to release it as a summer treat. DJ Vasanth is the film’s music composer.