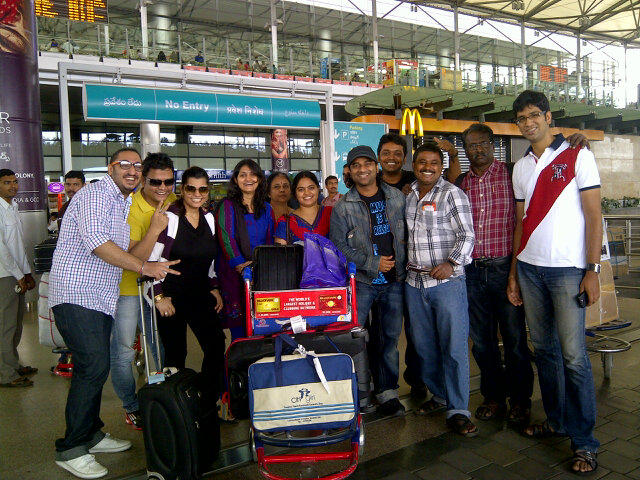 Energetic music director Devi Sri Prasad is gearing up for the audio launch function of ‘King’ Nagarjuna’s ‘Damarukam’. The event will take place today evening at Shilpa Kala Vedika and Devi Sri is expected to give a live musical performance at the venue along with his band, which can be seen in the photo above.

Devi Sri has had a great 2012, with two solid blockbusters in the form of ‘Gabbar Singh’ and ‘Julayi’ and he is now looking forward to scoring another musical hit with ‘Damarukam’. Incidentally, the movie will be DSP’s 50th film as a music director.

Nagarjuna will be seen with Anushka in this movie and Srinivas Reddy is the director. The film’s release has been postponed to October 19th and there is a lot of money riding on the project. The film has also been under production for a very long time and extensive graphics work is said to be the reason for the delay.