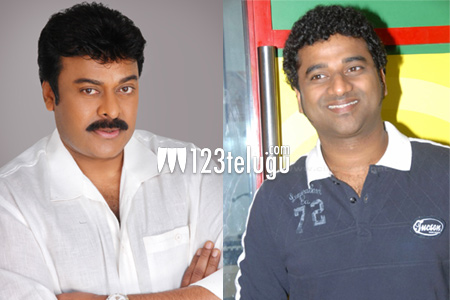 Megastar Chiranjeevi’s re-entry as a hero is on the cards this year and a lot of pre-production work is going on for the project. According to inside sources, two teams are working on the story and its final version and while Vinayak was the hot favorite until now, it is being heard that there may be a name change once again.

Amidst all this uncertainty, one thing is reportedly confirmed and that is Devi Sri Prasad’s name as the music director. DSP is a huge Chiranjeevi fan and in anticipation of this project, he has reportedly set aside some special tunes for the Megastar.

Chiranjeevi wants to enthrall his fans with some good dance moves in this movie and DSP is taking special care to meet this demand. An official announcement may come about the project in the next few months and shooting is expected to commence on Chiranjeevi’s birthday (August 22nd).