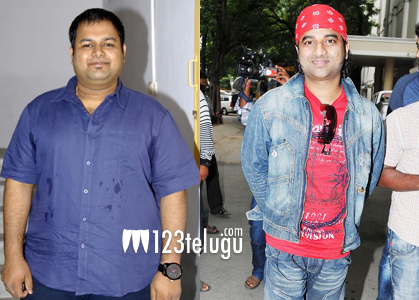 It’s going to be a never-seen-before battle between two of the biggest music directors in the industry in 2013. We are talking about Devi Sri Prasad and S S Thaman. While stalwarts like Ilayaraja, M M Keeravani and Mani Sharma have become very selective about their work, almost every big budget film in the first half of 2013, has fallen into the laps of either Devi Sri Prasad or Thaman. In 2012, Thaman had just three big releases including Businessman, Love Failure and Nippu. Out of the three, only Businessman and Love Failure did well whereas Devi Sri Prasad had a good year with Gabbar Singh, Julayi and Damarukam to his credit. Devi Sri Prasad will wrap up the year with Ravi Teja, Kajal and Richa starrer Sarocharu which is his 51st film as a music director and the film will release on December 21.
2013 is an entire different story for both these hot shot music directors. Both the music directors have ten films each to their credit and each one of them is a big project in its own way. Apart from these films, there are few other medium budget films as well in both their credits. The competition between these two music directors will surely leave music lovers spoilt for choice. Here’s a breakdown of the Telugu and Tamil films which both of these music directors are composing music for in 2013 –