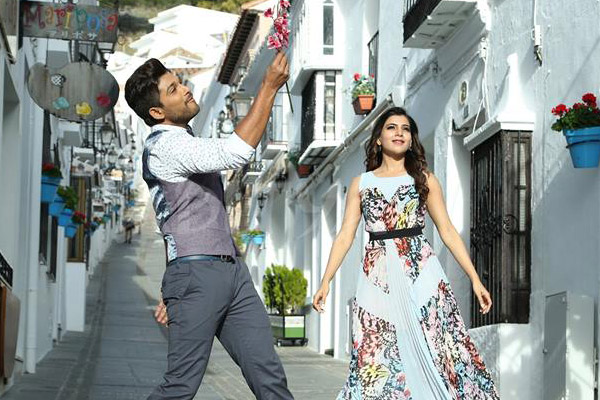 The latest teaser of Allu Arjun’s ‘S/O Sathyamurthy’ has been released last night to a thumping response from fans. The film’s stylish stills and the logo have already attained a positive feedback and the makers are rejoicing with the terrific buzz surrounding the film. However, the film’s music composer, Devi Sri Prasad, has one more reason to be happy about.

The film’s audio will be launched on 15th March and the movie will hit the screens on 2nd April. Trivikram Srinivas directed this romantic entertainer and Radha Krishna is the producer.