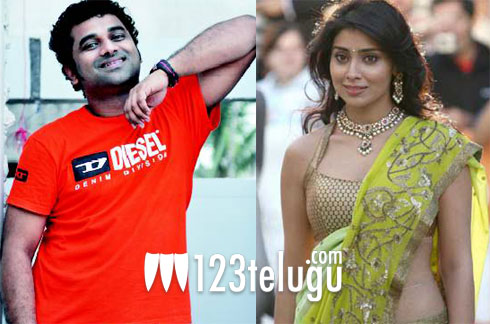 It’s a well known fact that very few people have the energy levels like hotshot music director Devi Sri Prasad when it comes to performing on stage. For quite sometime, there have been rumours that he might take the plunge and turn actor. Now, one such rumour is doing rounds on the internet which claims that Devi Sri Prasad has expressed his desire to act with Shriya Saran. Apparently, in an interview, Devi Sri Prasad claimed that if he ever turns actor he’ll only act with Shriya. The two have been friends for a long time and DSP has composed music for several films starring Shriya Saran. It’ll be interesting to see how Shriya responds to Devi Sri Prasad’s comment. Currently, Devi Sri Prasad has quite a few projects in hand, while Shriya recently wrapped up shooting for Roopa Iyer’s upcoming bilingual film Chandra.