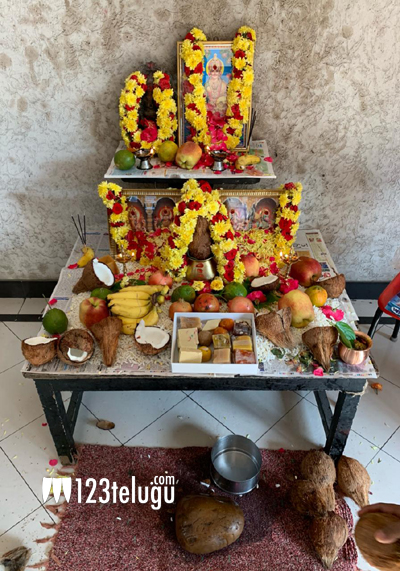 We had reported earlier this week that Nandamuri Kalyanram’s upcoming film will be an intense action thriller. Noted cinematographer KV Guhan is directing the movie. Nivetha Thomas and Shalini Pandey are the heroines in this as-yet-untitled film.

Now, the latest update is that the film’s dubbing formalities kick-started this morning with a formal puja ceremony. Kalyanram will be sporting a stylish look in the film. A couple of action sequences will stand out as the major highlights in the film.

Mahesh Koneru is bankrolling the film under East Coast Productions banner. The film may hit theaters either in mid December or late January. Stay tuned for further updates.