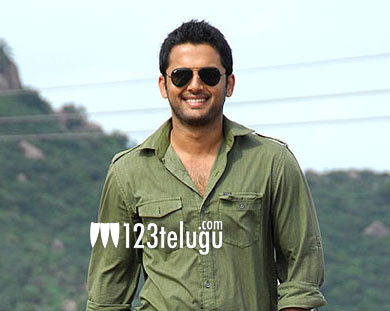 Regular shooting of Nithiin’s ‘Heart Attack’ is currently going on in Hyderabad.The movie is getting ready for a release in the month of January and post production activities have already commenced. Dubbing work for the movie has started .

Adah Sharma has been cast opposite Nithiin in this movie. The film is being directed by Puri Jagan and Anup Rubens will be scoring the music. Heart Attack is expected to be a romantic entertainer. The film has been shot extensively in Spain and the next schedule will commence in Goa.

Amol Rathod is the cinematographer of the film and S.R.Shekkhar is the editor.