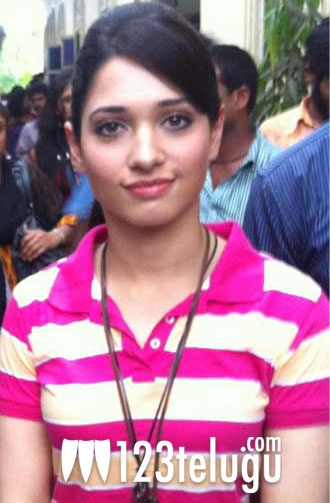 Dubbing work has started for Tamanna’s character in Power Star Pawan Kalyan’s upcoming film ‘Cameraman Ganga tho Rambabu’. The movie has completed its talkie part and currently, shooting is going on for two songs. Post production activities are in full swing and they are going to be completed by the first week of October. The movie is going to be released on October 11th and there are huge expectations from the film.

Puri Jagan is the director of this movie and Danayya is the producer. Mani Sharma has scored the music. The film’s audio album will most likely be released on the 24th of this month in a big way. Pawan plays the role of a reporter in the film.