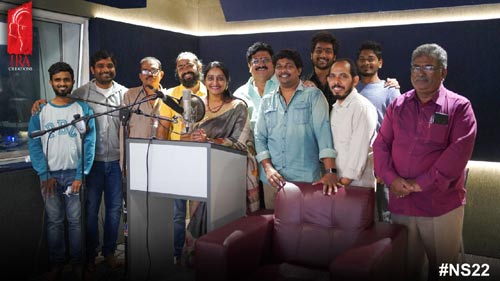 The dubbing works of the actor Naga Shaurya’s next movie (NS 22) have commenced today.

Directed by the filmmaker Aneesh Krishna, the untitled film will showcase Naga Shaurya in a Brahmin avatar.

Besides, the movie marks the Telugu debut of the singer and actress, Shirley Setia.

Produced by Usha Mulpuri under the banner Ira Creations, the movie has Radhika Sarathkumar in a significant role.

Mahati Swara Sagar is the music director of this film, which is going to be released in theaters in 2022.