Dulquer-Hanu Raghavapudi’s film to be shot in this exotic location
Published on Jan 24, 2021 5:02 pm IST 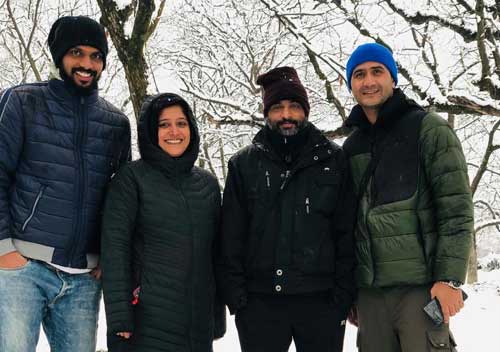 Hanu Raghavapudi’s upcoming film, starring Dulquer Salmaan, is all set to go on floors soon. The film, titled Lieutenant Ram, is going to be produced by Swapna Dutt under Swapna Cinema and Vyjayanthi Films banner.

Recently, Hanu flew to Kashmir to scout for locations, along with his core crew, to shoot the film. Incidentally, a song from Alludu Adhurs was shot in Kashmir few weeks ago, and it looks like a major schedule of Dulquer’s film is going to be shot in Kashmir.

The region where Hanu has been scouting for locales has been witnessing heavy snowfall in the past few days, and the director himself acknowledged that the weather is going to be a huge challenge. More details about the film are awaited.