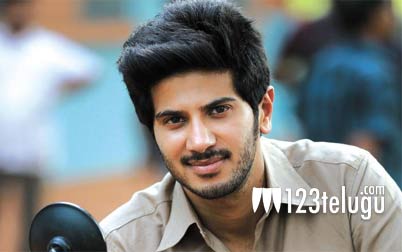 It is a known fact that the shooting of Savitri’s biopic, Mahanati is currently underway from the last week or so. The latest news is that Dulquer Salman, who is playing a key role in the film has started shooting for his part.

The filming is currently on in Gandipet and from tomorrow, the schedule will shift to Rama Krishna Studios. Keerthy Suresh plays Savitri’s role in this film which also has star heroine, Samantha in a crucial role.

Nag Ashwin of Yevade Subramanyam fame is directing this film which is being produced by Ashwini Dutt.