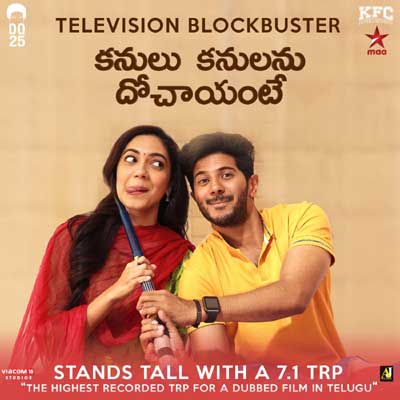 Mollywood star Dulquer Salmaan and Tollywood actress Ritu Varma’s romantic thriller, Kanulu Kanulanu Dochayante, released in February and ended up as a surprise hit. The film later had its digital premiere on Netflix and Aha. Now, in a massive feat, KKD has pulled off a never before feat by any other language film dubbed in Telugu.