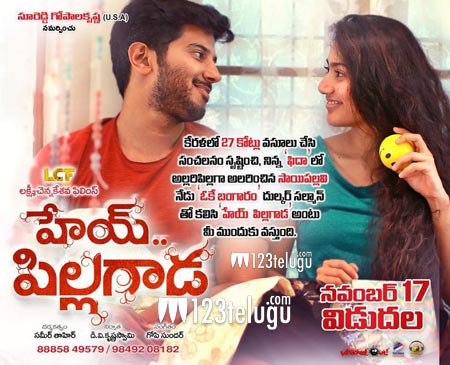 As per the latest updates, Hey Pillagada is slated to hit the screens on November 17. Kali was directed by Sameer Thahir. The Malayalam original had released in March, 2016 and it was a decent success. DV Krishna Swamy is releasing the Telugu version.