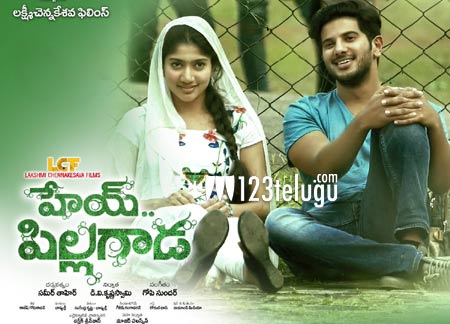 We had reported earlier that young Malayalam star Dulquer Salmaan and Fidaa girl Sai Pallavi starrer hit Malayalam romantic action thriller, Kali, will be released in Telugu. The film has been titled Hey Pillagada in Telugu.

Producer DV Krishna Swamy is releasing the Telugu version and he is planning to release it in this month. The release date will be revealed soon. Kali was directed by Sameer Thahir. The original version released in March, 2016 and it was a decent success.