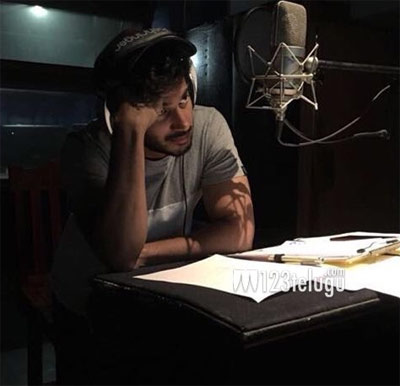 It’s well-known that Malayalam heartthrob Dulquer Salmaan is essaying Gemini Ganesan’s role in the highly-anticipated biopic on legendary yesteryear heroine Savitri, Mahanati. In an impressive feat, Dulquer, for the first time, is dubbing his own voice in Telugu.

Dulquer took to Twitter this evening and said that he is giving his everything to dub in Telugu and that he didn’t work this hard even for exams. Dulquer has followed a realistic approach in playing Gemini Ganesan in the movie. He will also be dubbing for Mahanati’s Tamil version, Nadigaiyar Thilagam.
Mahanati, starring Keerthy Suresh, Naga Chaitanya, Samantha, Mohan Babu, Prakash Raj, Vijay Deverakonda, Shalini Pandey and others, is directed by Nag Ashwin. Veteran producer Ashwini Dutt is presenting the movie, which is being produced by his daughters Swapna and Priyanka Dutt. Mahanati is scheduled for release on May 11.

Don't think I've worked this hard for exams even !! Giving it my everything to dub in Telugu for the first time ! #NadigaiyarThilakam @MahanatiTheFilm pic.twitter.com/LbcknTCQZJ