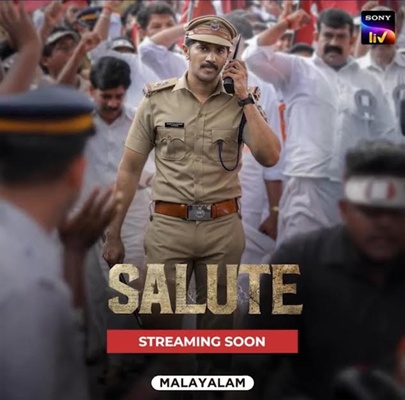 Kollywood star actor Dulquer Salmaan-starrer Salute is in news again. Directed by Rosshan Andrrews, the movie has Diana Penty as the leading lady.

Now, the latest news is that the movie has skipped the theatrical release and opted out for a direct release on the OTT platform, Sony LIV. However, the digital platform has not made any announcement regarding the premiere date.