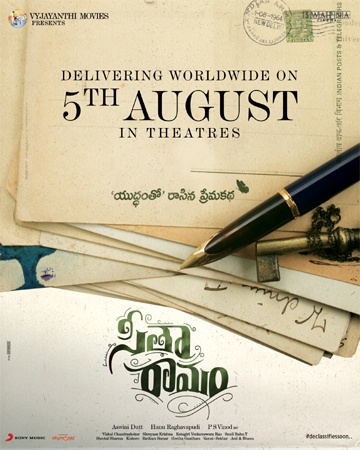 It is a known fact that Vyjayanthi Movies is presenting the romantic saga Sita Ramam starring the handsome hero Dulquer Salmaan and the beautiful Mrunal Thakur and Rashmika.

As per the latest update, Sita Ramam will have a grand release on August 5th worldwide. The movie will have a simultaneous release in Telugu, Tamil, and Malayalam.

Hanu Raghavapudi is directing the movie, while Ashwini Dutt and Priyanka Dutt are producing it under Swapna Cinema. PS Vinod is the cinematographer for Sita Ramam. The songs have already created a good buzz.