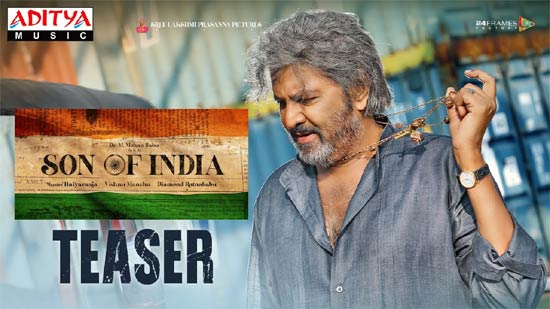 It is a known fact that Mohan Babu is doing a film called Son of India. Writer Diamond Ratna Babu is directing this film and the shoot has been completed.

The teaser was out today and showcases Mohan Babu in a dynamic manner. The legendary actor is on a special mission and Chiranjeevi’s voiceover describing Mohan Babu’s character adds value.

The film looks like a crime thriller and has some good visuals as well. Vishnu Manchu produces this film whose release date will be announced soon.