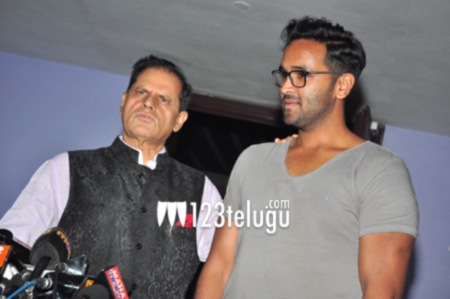 Manchu Vishnu’s latest outing Dynamite, which released last Friday, is registering superb collections at the box office. Directed by Deva Katta, the film is an official remake of Tamil smash hit Arima Nambi and has Pranitha Subhash as the female lead. Earlier today, a special screening of the film was held for noted politician and former cabinet minister T.Subbirami Reddy ( TSR ).

Speaking to the media after the show, TSR said Dynamite is a pure action thriller with racy narration. He appreciated the entire unit for their efforts and said that the movie is made in Hollywood style. He heaped praises on Vishnu for his acting capabilities and also appreciated the music director for his terrific music score in the film. Needless to say, Vishnu and the rest of the team are buoyed by the loads of compliments from TSR.