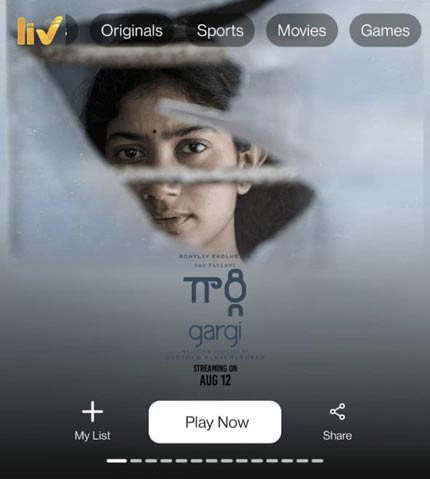 Sai Pallavi is one of the best actresses in the Indian film industry. Her last movie Gargi is now made the headlines again. The critically acclaimed film is directed by Gautham Ramachandran.

Earlier, Sony LIV announced that the movie will be available on its platform to premiere tomorrow. But, we at 123Telugu observed that the film is already available for streaming in Telugu, Tamil, Malayalam and Kannada. Those who missed the movie can stream it now on the OTT platform.