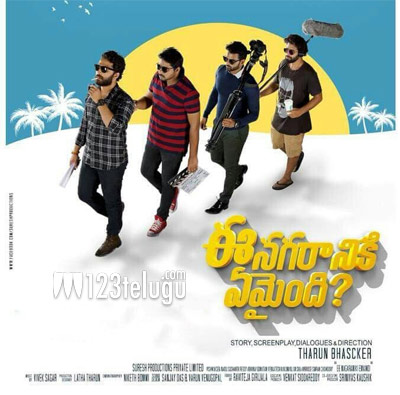 Tharun Bhascker’s Ee Nagaraniki Emaindi opened to some mixed reviews all over. The film had a decent hype in India and overseas and the latest we hear is that the film has made a total of $280,208 to date in the US.

This weekend will be quite crucial for the film as it facing some competition from Sanju in the multiplexes. Suresh Productions produce this film which had all newcomers in crucial roles.

Ee Nagaraniki Emaindi is Tharun Bhascker’s second film after the super hit Pelli Choopulu which was released two years back.