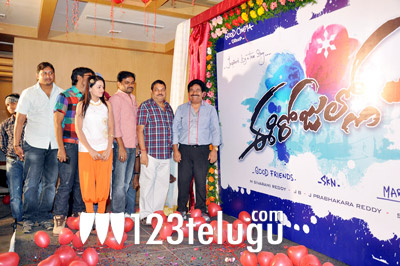 The logo of a new film titled Ee Rojullo was launched earlier today in Hyderabad. Maruthi is making his debut as a director with this film. Srinivas and Reshma are playing lead roles in the film and both of them are making their debuts. Atchi Reddy launched the logo of the film and the first look of the film was screened to the media. The film is said to be a love story between two people who have different ideology about love. SKN has produced the film on Good Cinema Group. J Prabhakar Reddy is the cinematographer.