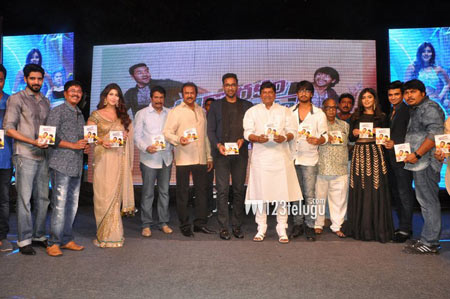 The audio album of Vishnu Manchu – Raj Tharun starrer Eedo Rakam Aado Rakam was launched in style. The event was attended by the Manchu family along with heroes such as Sunil, Nikhil and Sushanth. Sai Kartheek has composed the album.

Eedo Rakam Aado Rakam is touted to be an out-and-out comedy entertainer according to director G. Nageshwara Reddy. The movie also stars Sonarika and Hebbah Patel as the leading ladies. The audio function was organised in a glitzy manner in Hyderabad and producer Anil Sunkara spared no expense to come up with a stylish event.