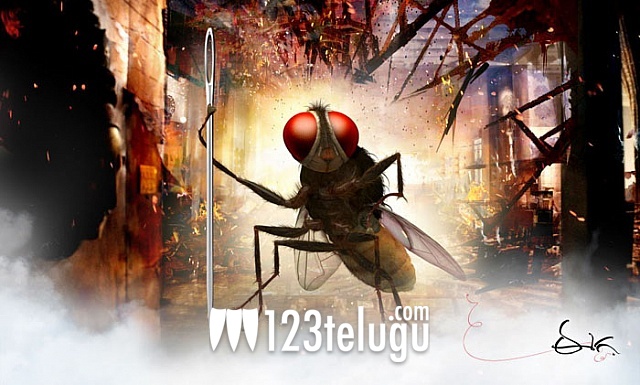 The audio of S S Rajamouli’s upcoming magnum opus Eega will be launched in a grand way on March 30. The venue of this audio launch is going to be Brahma Kumari’s Academy in Gachibowli, Hyderabad. The teaser of the audio launch was unveiled earlier today and it promises to be a quite a well-packaged event with various skits and other performances. In the past, Rajamouli and his team had come up with a theme to narrate the story of Maryada Ramanna and it looks like they are planning something similar for Eega as well. Nani, Samantha and Sudeep have played the lead roles in this bilingual film which will be released in Tamil as Naan Ee. Sai Korrapati has produced the film and D Suresh Babu is presenting it. M M Keeravani has composed the music.