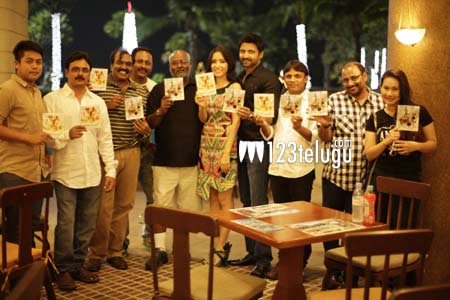 The audio album of Hero Sumanth’s ‘Emo Gurram Egaravachu’ has been launched in a very interesting fashion. The production team launched the audio in nine different places in Bangkok. While one song was launched in a shopping mall,another was launched in a submarine. The film’s lead actress Pinki Savika is a Thai citizen and she has been helping the team significantly with the support of the Thai Tourism Department.

Chandra Siddhartha is the director of this movie and M.M.Keeravani composed the music. The film’s script was penned by S.S.Kanchi and Poodhota Sudheer Kumar has produced the movie.

The interestingly titled EGE is gearing up for a release soon. This film is expected to be high on entertainment and family emotions.