Ekkada Untadhiro from Manu Charitra is a total peppy number
Published on Oct 27, 2021 12:06 am IST 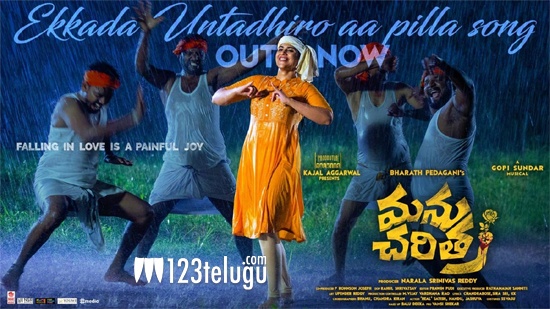 It is a known fact that young hero Shiva Kandukuri is doing a film called Manu Charitra and the promos have also gone viral.

Today, star heroine, Kajal launched one song called ‘Ekkada Untadiro’ from the film. Composed by Gopi Sundar, this number is quite peppy and has amazing lyrics by Chandrabose.

The tune is quite catchy and has been set well amidst the crazy backdrop. Megha Akash is the heroine of this film which is being directed by Bharath Pedagani and will be out soon.