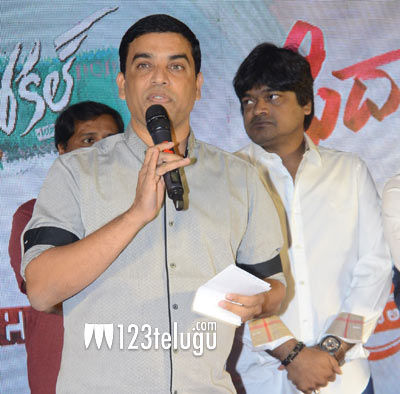 Dil Raju is having a superb time in his career as six of his last films have become huge hits at the box office. He celebrated this occasion by throwing a grand bash yesterday night in Hyderabad.

Speaking at the occasion, Dil Raju became quite emotional and remembered all the tough times that he went through to make these films. Dil Raju suffered a personal loss as he lost his wife during the making of Fidaa.

The ace producer also added that his team of directors stood with him during his tough times and made things possible for him. Dil Raju ended the speech by saying that he is very proud that he has given some of the top directors to the Telugu industry from his banner.

The entire crew of his last six films was present at the occasion and made the event a grand success.