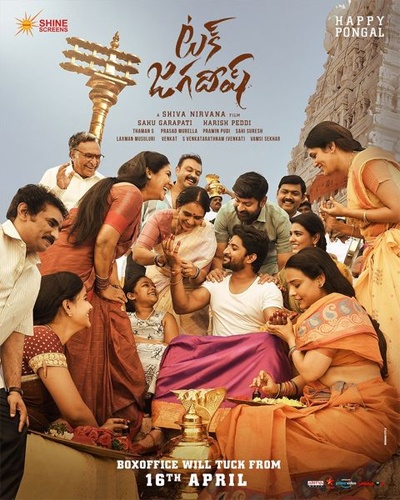 Tuck Jagadish is a film that Nani has pinned a lot of hopes on. That is the reason, he is promoting the film on a very aggressive note for the last few days.

The film is a family drama and we have come to know that the emotional angle is going to be solid and a few scenes will bring tears to the audience.

Some even say that the emotions in the film are going to be higher than Majili and other films of Shiva Nirvana who is the director of this film.

Ritu Varma plays the female lead in this film that also has Aishwarya Rajesh in a key role along with Jagapathi Babu.