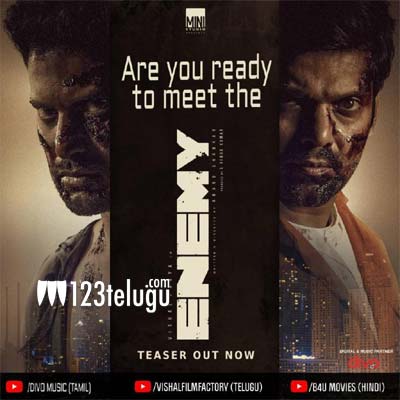 It is a known fact that heroes, Arya and Vishal are doing an action-packed film called Enemy. The film is being directed by Anand Shankar and today, the teaser was released.

By the looks of it, Vishal and Arya are two best friends who are pitted against each other. While Vishal is a cop, Arya plays the negative role. The locations, fight sequences, and screen presence of the stars looks solid in the teaser.

The BGM is also good and the action looks stylish. The film will be out soon and also has Mamta Mohan Das in a key role. The film has Prakash Raj and promises to be a thrilling ride. For now, the teaser looks good.