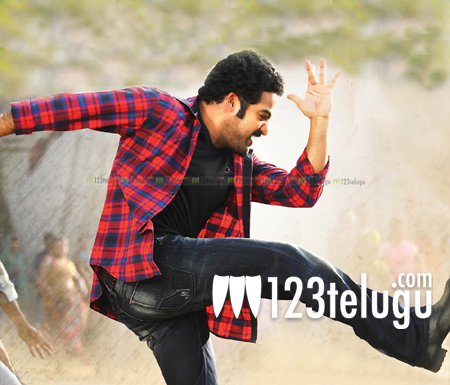 Young Tiger NTR’s mass masala entertainer ‘Dhammu’ is gearing up for a release next month and the film is in final stages of shooting. Currently, a song is being shot in Annapurna Studios and our reporters were on location to take a look at the proceedings. The number has an incredibly energetic feel and this confirms the reports we have been hearing about the audio.

Music maestro Keeravani is very confident about the tunes he has scored for ‘Dhammu’ and his optimism is being shared by the entire production team. The audio launch of Dhammu is scheduled for March 23rd and the film is being directed by Boyapati Sreenu. Trisha is the female lead in this movie and Alexander Vallabha is the producer.