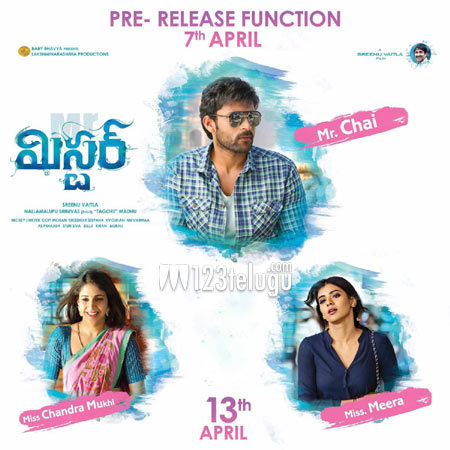 It is a known fact that Varun Tej’s next is a love story featuring Hebah Patel and Lavanya Tripathi. The film is ready for the release on the 13th of this month and sources close to us reveal that the film will have some very interesting triangular love story scenes between the three stars.

While each of the heroines is set to take center stage in each of the halves, Vaitla’s trademark comedy will be yet another backbone of the film. Meanwhile, the pre-release event will be held this weekend and the entire mega clan is said to be present during this time.