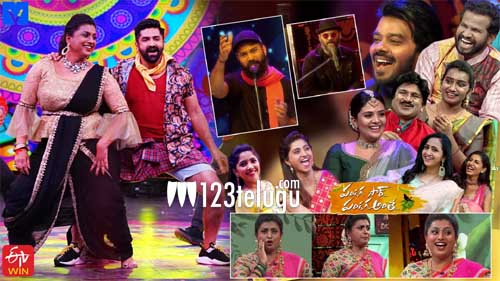 Ugadi is celebrated on a grand note every year. So, to keep the TV audience entertained, popular channel, Etv aired a Ugadi special event called Pandga Sir Pandga Anthe. Produced by Malleamaala Entertainments, this show was a solid hit and clocked a solid 12.0 TRP rating(CSF 15+ABC) which is terrific.

Directed by Manikanta Govada, this show had singing, dancing, comedy and lots of fun. The special attraction was a great performance by the noted band Chowrasta.

What’s more special is that after being uploaded on Etv’s YouTube Channel on the same day(25th March), the event is still trending for the last 9 days which is a rare feat. The show has garnered over 90 lakh views on YouTube which itself shows how big the show was.