Evare was as challenging as Aaradugula Bullet: Srimani
Published on Aug 28, 2016 3:09 pm IST 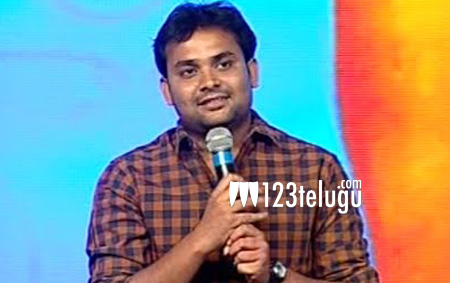 Tomorrow, the makers of Naga Chaitanya’s Dasara release Premam will unveil the video song of the super hit single, Evare, which was released on YouTube a week ago and has notched up close to 1.5 million views so far.

While the makers retained the original tune and the singer for the Telugu version, the soul-stirring lyrics penned by young lyricist Srimani stood out and earned him a special mention. In his latest interview, Srimani revealed that writing Evare was as challenging as Aaradugula Bullet.

The talented writer said that he had watched the Malayali version of Premam before penning Evare and that he was bowled over by the film’s poignance and realistic feel.

Srimani further said that he wanted to maintain the greenery and pleasantness of Malare in Evare and spent several days to come up with a heart-rending song that feels like poetry.