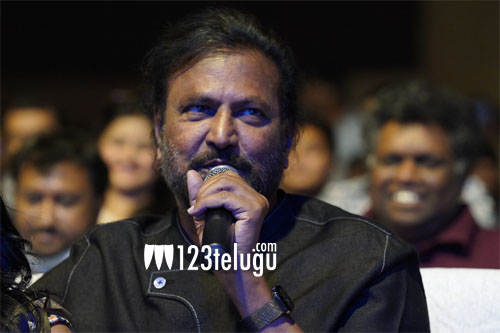 Mohan Babu appreciated Mosagallu’s leading lady Kajal Aggarwal for agreeing to act as Vishnu’s elder sister. “Even I wouldn’t have accepted the film if I was in her place. I have watched the movie and the scenes featuring the brother and sister moved me to tears. India has not seen a scam of this magnitude. Every computer savvy youth must watch Mosagallu. Vishnu has planned to release the film on March 19 as my birthday treat,” Mohan Babu said.

Mosagallu’s hero and producer Vishnu Manchu thanked Kajal for accepting the film immediately after she was narrated the script. “Being in a top position as a heroine, playing elder sister to a hero like me is quite brave. She just asked me if it will look okay in the screen if we both play brother and sister. I had a fanboy moment while working with Suniel Shetty sir. I will talk more at the success meet,” Vishnu said.