Evo Evo from Love Story is filled with exhilarating emotions
Published on Mar 25, 2021 10:14 am IST 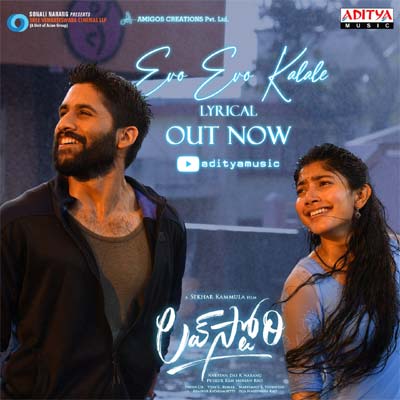 It is a known fact that Chay Akkineni is doing a film called Love Story. The film is directed by Shekhar Kammula and has some blockbuster songs composed by debutante Pawan CH.

Today, the makers revealed a romantic number called Evo Evo Kalale. Sung by Jonitha Gandhi and Nakul, this song is a high-pitched romantic number filled with a lot of emotions.

The lyrics are superb and music director Pawan has kept the song’s tune in such a way that the dances will also get highlighted.

The romantic rain visuals in the promo are amazing and this song will haunt you more once you listen to it multiple times. Love Story releases this April 16th.