Exact reason behind Maharshi’s postponement
Published on Mar 7, 2019 1:00 am IST 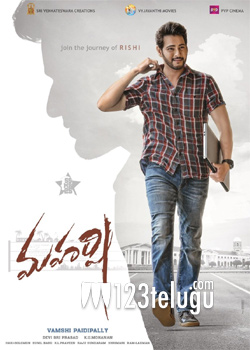 Superstar Mahesh Babu’s prestigious silver jubilee film, Maharshi, has been postponed to May 9. While fans are disappointed with the delay, there is a valid reason behind the postponement.

One of Maharshi’s producers, Dil Raju, held a press meet earlier today. He revealed that the month long delay in the visa processing before the US schedule last year resulted in this inevitable postponement.

The star producer further said that the entire shooting formalities will be completed by April 12. While the talkie part is nearing completion, a brief Abu Dhabi schedule will take place later this month and the unit will can a few montages.

Finally, 2 songs will be canned in specially erected sets in Hyderabad. The post-production work will take place in full swing in April. Dil Raju concluded saying that his team didn’t want to rush things in post-production and hence decided to postpone the film’s release.