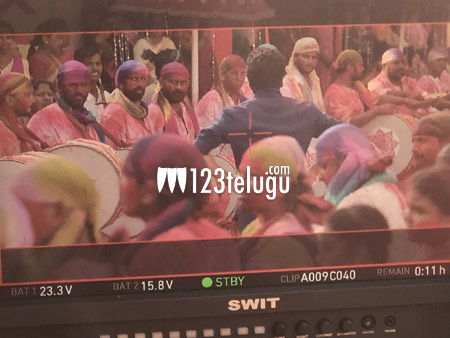 It is a known fact that Nani is doing a film in the direction of Sriram Aditya and Akkineni Nagarjuna is playing a crucial role in the film. The first schedule of the film has been wrapped up and today the second schedule kick started in RFC.

Akkineni Nagarjuna joined the shoot and an excited Nani took to Twitter and welcomed the superstar saying that he was quite excited to start shooting with him for the first time.

The film is an interesting entertainer with both the heroes getting crucial roles. Ashwini Dutt is producing this film which has many other seasoned artists in important characters.

This morning I was super excited to go to RFC for shoot ..like a kid .. like it’s my first time here.. Guess why ?
King joins the shoot Today 🙂
Welcome on board sir 🤗@iamnagarjuna 🔥 pic.twitter.com/3bOO6ZnHrM