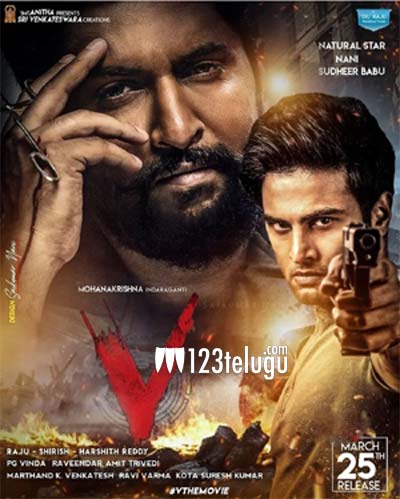 The posters of V The Movie has created a good buzz for a long time since they have been released. The makers will reveal the teaser of the film on the 17th of this month and there is great excitement.

Mohana Krishna Indraganti is a superb director who has always made soft films. So, there is a lot of curiosity as to what Indraganti will make now. Dil Raju is the producer and Sudheer Babu plays a cop.

Things are going to be even special as Nani is playing a negative role for the first time. How all of this will be handled in the teaser will be quite interesting to see. The film also has Nivetha Thomas and Aditi Rao as the heroines.