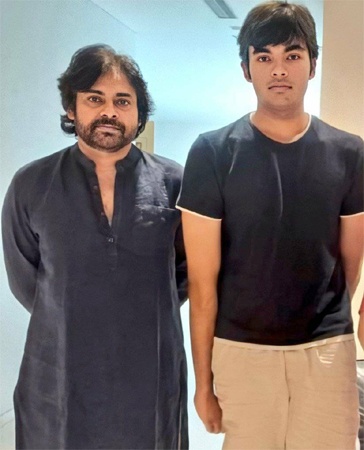 Pawan Kalyan and his ex-wife Renu Desai’s son Akira Nandan is a grown up man now and his acting debut has been a hot topic for the last couple of years. Already, Akira made his silver screen debut in a special cameo in his mother’s Marathi directorial debut, Ishq Wala Love, in 2014.

Now, speculations on Akira’s big fat Tollywood debut have started to go viral on social media once again. Apparently, director Krish has penned a special role for Akira in his upcoming film with Pawan Kalyan, Hari Hara Veera Mallu. The buzz further has it that Akira will be seen as child Pawan in this much-awaited historical action drama. Akira’s bo staff video that went viral earlier this summer was part of Akira’s preparations for his Tollywood debut, according to the buzz.

Well, although they sound quite exciting for fans, these are mere speculations and fans will have to wait until the news is made official by the makers.