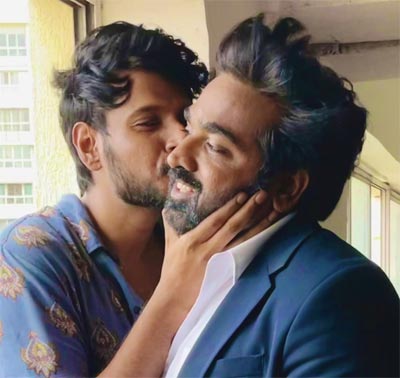 It is known that acclaimed Kollywood star Vijay Sethupathi and Tollywood actor Sundeep Kishan will soon be teaming up for a high budget Telugu film. Sundeep took to Twitter earlier today and confirmed the same. The film is being presented by The Family Man creators Raj and DK.

Now, the latest updates reveal that this as-yet-untitled film, touted as an action thriller, will be made as a pan-India biggie. Given the kind of pan-India popularity Raj and DK enjoy, and the ever growing craze for Vijay Sethupathi in Bollywood circles, the project will surely grab many eyeballs.

Incidentally, Sundeep had earlier collaborated with Raj and DK on Shor In The City and The Family Man series. On the other hand, Vijay Sethupathi has just signed Raj and DK’s ongoing Amazon Prime series featuring Shahid Kapoor and Raashi Khanna.

Kollywood director Ranjit Jeyakodi will be directing the Vijay Sethupathi-Sundeep Kishan film and Bharath Chowdary will be producing it.

The Big Brother Love ❤️
The one and one “Makkal Selvan”@VijaySethuOffl 🔥