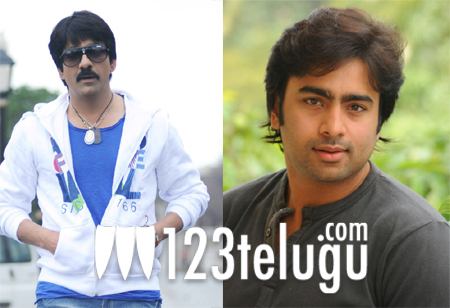 Young Hero Nara Rohit is all set to be seen in a special role in Mass Maharaja Ravi Teja’s film ‘Sir Ostharu’. The film has an important character that is crucial to the story and Nara Rohit was approached to play that role. It will be interesting to see Nara Rohit and Ravi Teja together on screen.

Kajal Aggarwal and Richa Gangopadhyay are the heroines in this movie and Ravi Teja will be seen as a football coach in this movie. Ashwini Dutt is the producer of this movie and Parasuram is the director of the film. Music is being composed by Devi Sri Prasad.

Ravi Teja is hoping that this movie will change the bad luck that he has been having at the Box Office. Let us see if Rohit will be the lucky charm who can change things.