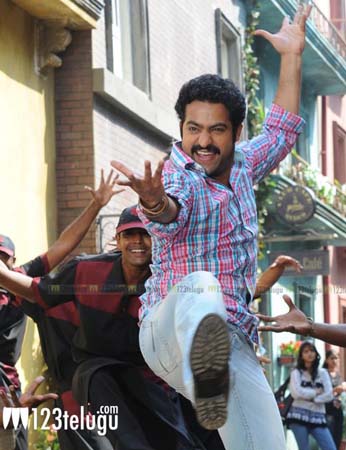 Young Tiger NTR’s mass action entertainer ‘Dhammu’ is riding high on positive reports from the industry and the movie is doing superb pre-release business. We have received information that the satellite rights of the film have been picked up by Zee Telugu for the bumper price of about 6.6 Crores. A couple of media houses were in the fray for the rights and Zee bagged them after some intense competition.

Boyapati Sreenu is the director of this movie which has NTR and Trisha in lead roles. Kartheeka will be seen as the second lead and the movie is being produced by Alexander Vallabha. Music has been composed by M.M.Keeravani. Keep watching 123telugu.com for more exclusive updates about ‘Dhammu’.