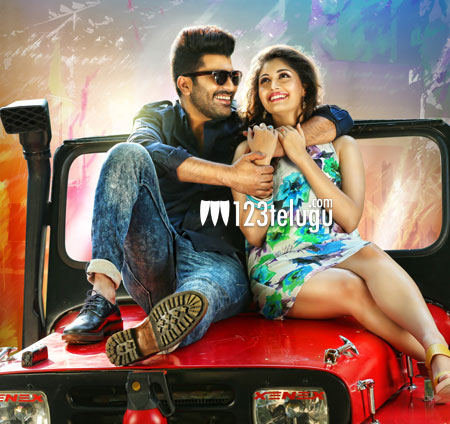 Sharwanand, who is looking for a hat-trick after the success of Run Raja Run and Malli Malli Idi Rani Roju, is almost ready with his next flick, Express Raja. The movie has Surabhi of Beeruva fame as the heroine.

Going by the teaser, the movie seems to be a romantic-comedy entertainer with stylish visuals everywhere. The movie is produced by UV Creations, which recently scored hits with Jil and Bhale Bhale Magaadivoi .UV Creations and Sharwanand’s previous collaboration Run Raja Run turned out to be very successful.

The movie has been directed by Merlapaka Gandhi, whose debut film Venkatadri Express was a success. Music has been composed by Praveen Lakkaraju. Shooting of the film has been completed and the producers are planning for a Sankranthi release.